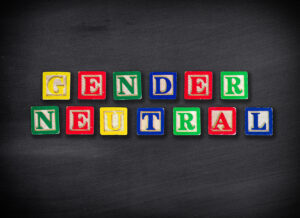 “What’s the best way to refer to someone who isn’t cisgender?”

Until I did research for this blog, I wasn’t sure of the answer myself.

One of the terms becoming more common these days of inclusiveness is cisgender. It means relating to, or being a person, whose gender identity corresponds with, the sex the person had or was identified with at birth.

Some societies – like ours – tend to recognize just two genders, male and female. The idea that there are only two genders is sometimes called a “gender binary,” because binary means “having two parts” (male and female). Therefore, “non-binary” is one term people use to describe genders that don’t fall into one of these two categories, male or female.

Estimates suggest that one to two percent of all people in the US are intersex, meaning their bodies don’t fall neatly inside the male/female binary: Their gonads, genitalia, and hormones don’t necessarily match in sex characteristics.

A gender neutral or gender inclusive pronoun is a type of third-person noun used to refer to someone without indicating their gender. And guess what? It’s not new. Before Europeans reached North America, many Native American tribes had third gender roles. Indigenous groups to this day have many different names for people across the non-binary spectrum. Looking at past populations, from historical documents to archaeological artifacts, graves, funerary goods and skeletons, we know that the binary that we think of as gender being male or female didn’t exist in all populations.

Hannah Seo in her blog for popsci.com, “Exploring The Common Misconceptions Regarding Trans and Non-Binary Identities,” interviewed Sabrina Agarwal, a bioarchaeologist and anthropologist at UC Berkeley. Agarwal said, “We have evidence of gender and sexuality fluidity across human cultures from even prehistoric times—from ancient Egypt, Mesoamerican, the Inca, Southeast Asia, and even in the earliest Mesopotamian writing tablets.”

She states, “These ideas of a gender binary are a Western-centric perception—the white settler’s idea of how things are divided.” A noted example she has studied are the hijras, a term that includes transgender and intersex individuals, and eunuchs. “South Asia has long recognized them,” she says, “but when British colonialists came in, they targeted and criminalized the hijra. They still face echoes of that stigma today, though India recently gave the hijra legal recognition as a third gender.”

As I said, this isn’t just a recent concern. People have been using the singular “they” for about the last 600 years, though only in certain cases. English is one of those languages that does not have a gender neutral or third gender pronoun available. We’ve gone through the stage where writers, teachers and/or speakers have been criticized for using “he/his” when referring to an individual in the third person. Some of the criticism was relieved when they began referring to “she/her.” The definitive pronouns such as “he” and “she” in English do not allow room for other gender identities, a source of frustration to transgender and genderqueer groups. 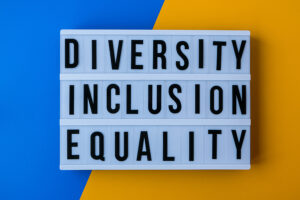 Why do pronouns matter?

Why do pronouns matter? It was pointed out to me that our pronouns are part of our identify. Just like race and religion, sexual orientation is a way in which we identify ourselves. And gender pronouns work in the same way, reflecting how we think of ourselves and how others see us.

The most common gender pronouns are he/him/his, she/her/hers, and they/them/ their/theirs. Gender pronouns are words we use to refer to someone when not using their name. For example, “Steve will not be attending the meeting. He is out of town until Friday.”

For most of us (cisgenders), this doesn’t present a problem. But for people who are transgender, genderqueer or gender non-binary, being misidentified can happen any time, all the time. How would you feel if you were ignored, disrespected and invalidated every single day? It would be heartbreaking, and that’s pretty much how non-binary people feel when someone uses incorrect gender pronouns when addressing them.

This group is diverse: people whose biological sex doesn’t align with their gender identity, people who identify as something other than male or female, or people who feel like their gender is a combination of genders. Because of these factors, many people have adopted non-binary pronouns to describe themselves. The most common are “they, them, theirs,” though there are other options: neopronouns, a specific type of gender-neutral pronoun, newly coined, to fit the lack of gender-neutral options in English. And these gender-neutral pronouns and neopronouns are not exclusively an English phenomenon. Swedish hen, a new gender-neutral coinage, was added to the official dictionary of the Swedish language in 2015. 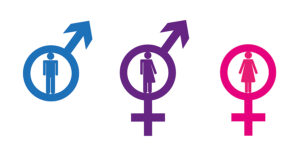 Some Definitions to Know

Biological Sex: the classification of people based on a combination of their anatomy, hormones and chromosomes. Examples include male, female and intersex.

Cisgender: a person whose gender identity corresponds with their biological sex.

Gender Expression: the physical expression of a person’s gender identity through clothing, hairstyle, voice and body shape; these vary by country, culture, and ethnicity. Examples include masculine, feminine, and androgynous.

Genderfluid or Genderflux: moving between two or more gender identities or expressions

Gender Identity: a person’s internal sense of being a man, a woman, both, neither of these nor another gender. Often biological sex and gender are conflated, but they aren’t the same thing. Examples include man, woman, trans man or trans woman, non-binary or genderqueer.

Genderqueer: a catch-all term for individuals with non-binary gender identities. People who are genderqueer often experience their gender as fluid, meaning it can shift and change at any time. Or it can describe someone questioning their gender.

Misgender: to refer to someone using a pronoun or form of address that doesn’t reflect the gender they identify with. 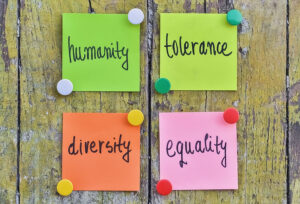 Why is it Important to Use Someone’s Correct Pronouns?

Learning what pronouns people prefer and then committing to using them is an important part of showing respect for others. Many people assume what pronouns others use based on external factors like the clothes they wear, their physical characteristics, and their name. Assuming someone else’s gender identify can inadvertently indicate to others that they have to fit into certain standards and look a certain way to fit in with your expectations.

In most cases, using incorrect pronouns means that someone feels invalidated or disrespected. Often these are what is called “microaggressions.” While painful to the person involved, they don’t pose an immediate health or safety risk.”

In some cases, though, misgendering someone or using the wrong pronouns can lead to more severe consequences. Misgendering a trans person could ‘out’ them. Not only is outing someone a violation of their privacy, but it could also lead to harassment, discrimination, or violence from friends, colleagues, or society at large.

Even if someone looks cisgender or presents as a man or woman, don’t assume their pronouns. Always ask! And if you make a mistake, apologize. 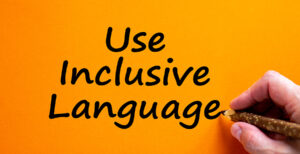 A recent article in The Wall Street Journal says, “More people—and companies—seek to show support for transgender and nonbinary co-workers, so the practice of adding pronouns to email signatures and personal profiles is taking off.” I have seen this firsthand in a professional association I belong to.

It is important for the general population to learn more about how to treat people who are genderqueer with sensitivity. If someone cares enough about their relationship with you to take a chance and share their pronouns, respond with humility and gratitude instead of being defensive.

Part of learning to be more aware of gender-neutral pronouns involves correcting others when they use the wrong pronouns for someone, especially if that person is not present. If a coworker openly told your department that they prefer ze/zem pronouns, stand up for them if you hear other pronouns being used. Politely explain that the coworker uses “ze” pronouns. This helps you subconsciously get used to associating “zem” with the correct pronouns while contributing to an inclusive and respectful culture.

Sarah Grey wrote a focus paper for the Chartered Institute of Editing and Proofreading called “The State of Gendered Language” explaining to authors why nongendered language is important. I think it explains very well why we should continue to learn.

“Language has always been changing. Sometimes it happens slowly—the Great Vowel Shift took about four centuries—but when social movements campaign for language change, it can happen so rapidly that it’s hard to keep up. Changes in politics, in culture, and in technology spur and are spurred by changes in language. Language changes to fill a need: old words haven’t kept up with new realities, or old realities newly confronted.”

(I am indebted to the following for the information contained herein: University of Wisconsin at Milwaukee; Cornell University, Diversity & Inclusion Program; As You Are: LGBTQ; Reading Public Library, Reading, MA; National Institutes of Health, Office of Equality, Diversity and Inclusion; National Center for Transgender Equality; and Editorial Freelancer’s Association.) 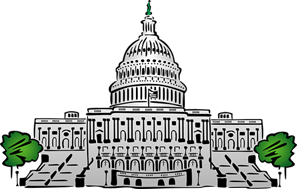 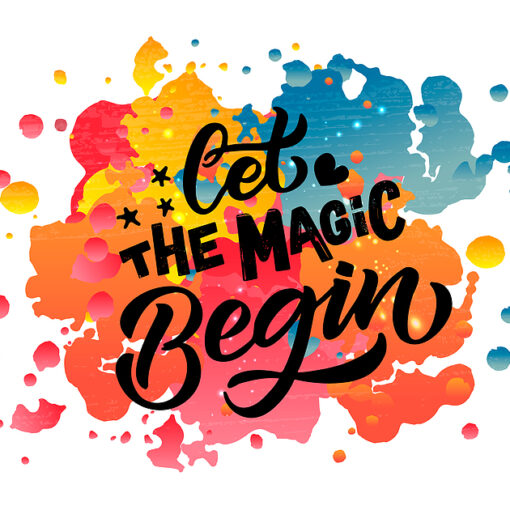 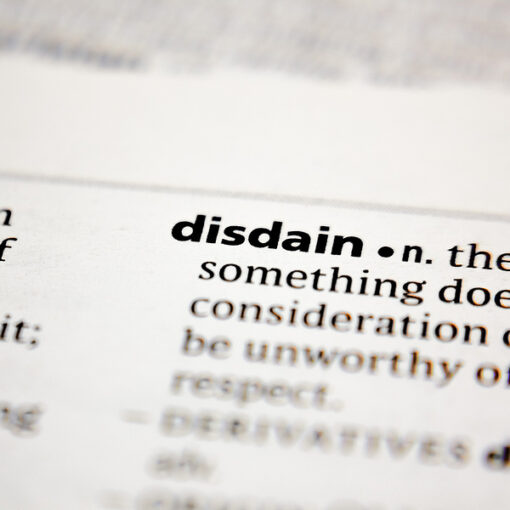 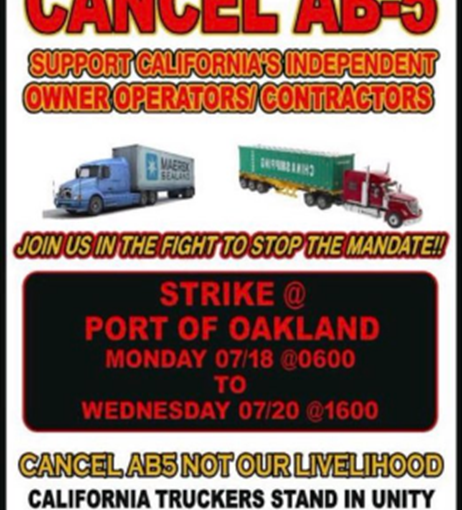