Commas, whether by omission (as in our cartoon) or their presence, can change the meaning of a sentence. If a comma was inserted before the word “children,” grandma would be calling them to eat dinner rather than chasing them down for her own dining experience!

Following are some humorous examples of how a comma can change the meaning of a sentence:

These are funny, but unclear instructions on the use of mechanical equipment or medical packaging could lead to a fatal error.

The comma is one of the most commonly used and misused punctuation marks in grammar rules. Most of us are familiar with using a comma in a few ways:

Before any of seven conjunctions—and, but, or, nor, for, so, yet—introducing an independent clause (The situation is perilous, but there is still one chance of escape.);

After a dependent clause at the beginning of a sentence (When I went to the beach, I got a sunburn);

if the words “yes” or “no” begin a sentence (Yes, we were careless to get sunburned.); and

Commas in a series (He opened the letter, read it, and made a note of its contents.).

They are less comfortable using a comma in other situations:

Before and after quotes (My mom said, “Be sure to wear sunscreen at the beach.” Or “Why wouldn’t you wear sunscreen,” she asked, “if it is going to protect you from sunburn?”)

Enclose parenthetic expressions between commas (The best way to see a country, unless you are pressed for time, is to travel on foot.);

To set off nonrestrictive clauses, one that does not serve to identify or define the antecedent noun (The audience, which had at first been indifferent, became more and more interested.);

A parenthetic expression (My brother, you will be pleased to hear, has recovered from his sunburn.);

An appositive, nouns or noun phrases that follow or come before a noun and give more information about it (My childhood friend, Linda, loved music.);

To indicate direct address (John, how are you?);

Between two adjectives that modify the same noun (It was a cold, windy night.); and

With dates, addresses, titles and numbers:

On June 1, 2021, they celebrated their third year together.

John Lennon was born in Liverpool, England in 1940.

Stanley Johnson, MD, has been appointed to the board.

More than any other mark, the comma draws attention to the mixed origins of modern punctuation and its consequent mingling of two quite distinct functions, as described by Lynn Truss: 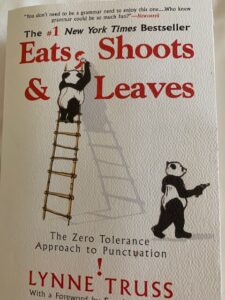 In her delightful and humorous book on punctuation, Eats, Shoots & Leaves, Truss gives some background on the comma, “first used by Greek dramatists two thousand years ago to guide actors between breathing points.” Then, in the 4th century when translating the bible, St. Jerome “introduced a system of punctuation of religious texts (by phases) to aid accurate pausing when reading aloud.” Believe it or not, Latin transcriptions had no gaps between words, thus the necessity of teaching where to pause.

A Venetian printer, Aldus Manutius the Elder (1450-1515), decided with the rise of printing in the 14th and 15th centuries that a standard system of punctuation was urgently required. He and his grandson, Aldus Manutius the Younger, ”lowered the virgule (a slash mark) and curved it, for a start, so that it began to look like the modern comma.”

I agree with Truss in Eats, Shoots & Leaves: The comma is a utilitarian mark, “trying to serve both the sense and the sound of the sentence.” 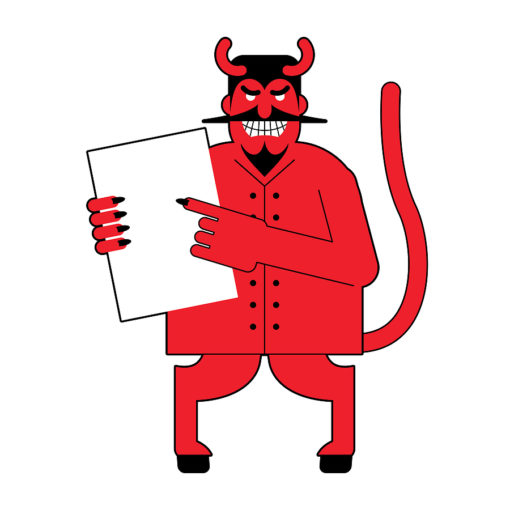 What does a  copy editor do? A copy editor works behind the scenes to make an author’s words shine, while still maintaining […]